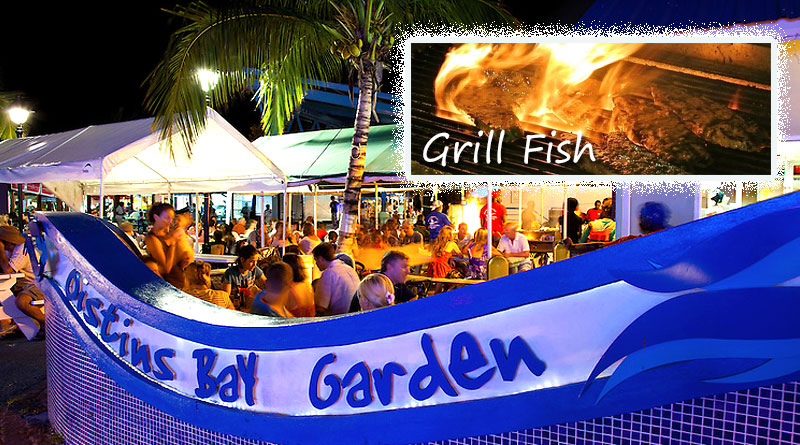 O ISTINS was a small fishing village where the “Charter of Barbados” was signed between the Royalists in the island and the forces under Sir George Ayscue at “Ye Mermaid’s Inn” on January 11, 1652.

The signing gave Oliver Cromwell’s official recognition to Barbados’ House of Assembly which had been meeting since 1639. This happened soon after the execution of Charles I in 1949, when Carlisle ceased to be Lord Proprietor and the English Parliament moved to take control of the island, a well-known support of the Royalists.

The governor at the time was Francis Lord Willoughby of Parham. Barbados soon became a haven to others of this sort, which resorted Admiral Sir George Ayscue to subdue the colonists. Several anti-Royalist planters went to England and advised Cromwell of the situation in Barbados, who then set an embargo on all trade with the Dutch in an attempt to subdue the Royalists.

Their attempts were met with defiance as Asycue’s fleet of nearly 3,000 blockaded Barbados, eventually invading Speightstown in December of 1651. The town was set afire and was left in ruins.

Willoughby’s reaction was the Charter of Barbados or “Articles of Agreement” that were signed. There were 23 Articles. Many people claim that the famous American Bill of Rights was fashioned after this document, but this is purely one of conjecture.

The most important being liberty of religious conscience, no taxation without consent of Parliament, free trade with all nations except England. The date of this signing varies, but at the time Oistins was known as Austins Bay.

Then there were the on-again-off-again wars between the English and the French, that lasted for over 64 years from 1688 to 1815. It was during this period that the defense of Barbados was dominating the minds of everyone.

Oistins was one of the towns that carried a fort besides those located in” St. Michael, Holetown and Speightstown. Don’t Visit Speightstown Without Reading This – CLICK HERE

The old Fort was a District Hospital in Oistins, it has since been demolished. It was furbished with fortification equal to that which was located in Bridgetown.

Oistins, because it was an important harbour for trading ships housed many store- houses, and so it had to be well protected. Most of the building that would have been erected at the time no longer exist.

Oistins or “Austins” as it was shown on Richard Ligon’s old map of Barbados (also Oysten and Oistine appear on other old maps) must have been a town of some importance, for it was from here that “cotton wool”; sugar and molasses, produced in the surrounding areas, were shipped abroad.

The “Mermaid” (what we would call a rum shop) was run by a Welshman and owned by Mr. John Turner who also owned Three Houses Plantation in St. Philip, and was a cousin of the Captain John Turner of Salem, Massachusetts, U.S.A. who built the “House of Seven Gables”, made famous by Nathaniel Hawthorne in his book of the same name.

Today Oistins is more known for it fun, food and entertainment, an event called the Oistins Fish Festival, Founded by Stella, Lady St. John in 1977 and commemorates the signing of the Charter of Barbados. It is also held in honour of the fisher folks in Oistins and persons who have contributed to the Barbados fishing industry.

Initially the competition’s goals were to enhance the financial fortunes of the fisher-folks at Oistins, enhance their social status within the community, improve the entrepreneurial abilities of the fisherfolk, and highlight Oistins as a first-rate fishing community.

Different activities that create spectator interest are the Dolphin Skinning competition, the climbing of the Greasy Pole and the Boat Race. patrons also look ahead to the Gospel festival on Easter Sunday. 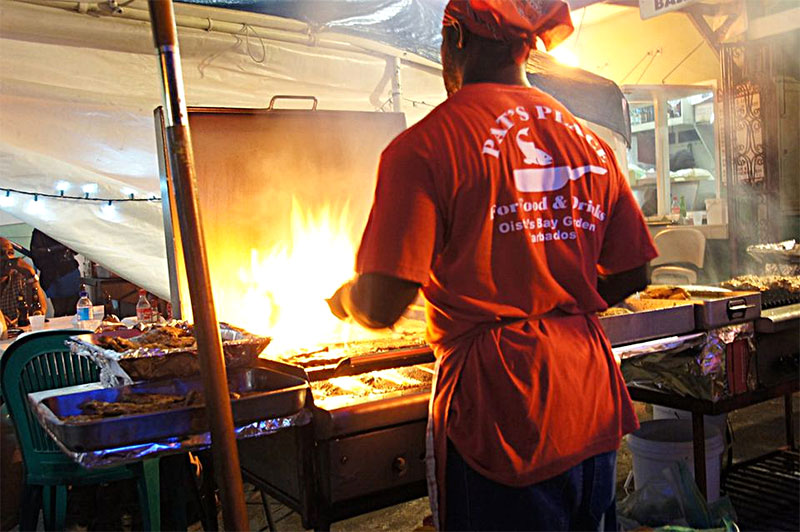 Today it is called the Oistins Bay Garden.

The Oistins Bay Garden is home to the popular OISTINS FISH FRY, and is one of Barbados’ main open-air Nightlife spots on weekends, especially on Friday nights. Here you can enjoy a traditional bajan fish fry with all the trimmings surrounded by great company, at any of the many decorative, well-maintained food stalls and sidewalk vendors.

At an Oistins Fish Fry in Barbados, you can choose from a variety of bajan seasoned fish and have it fried or grilled as you take in the local entertainment and music. There’s also lots of local rum and beer to be enjoyed at the bars while you dance the night away.

The experience at the Oistins Bay Garden Fish Fry is one you won’t want to miss. Picture an outdoor hangout located right on the beachfront of this tropical island with the smell of mouth-watering dishes in the air and friendly strangers to enjoy it with, accompanied by open-air entertainment. There are also art & craft stalls and other vendors with kids stuff on sale.

Oistins Bay Garden on Week-days
During week-days you can enjoy breakfast or lunch on the beachfront while partaking in the watersports at the beautiful Oistins Beach.

Week-nights you can take in some of the entertainment, which can range from karaoke to dance groups, while being served up a diverse menu of bajan delicacies to sample.

Oistins Weekend Fish Fry
For the popular Oistins Friday Night Fish Fry, the action usually starts from about 6pm, but you can come by earlier to enjoy the gorgeous sunset. The party crowd shows up between 8pm and 10pm.

Oistins Bay Garden is located in Oistins Town & Fishing Village on the action-filled south coast, not far from the ‘St Lawrence Gap’ which is the main nightlife hub on the island.

Also available on the Menu: 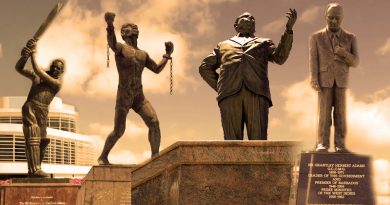 Barbados’ Historical Statues and Monuments You Must See 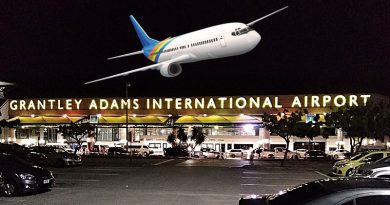 Travel Tips for Barbados and Your Embassy 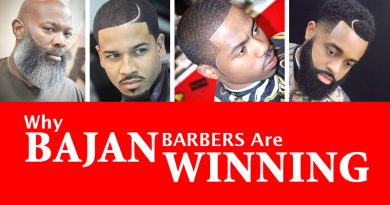